Because of an extremely cold winter and a wet spring, Infinity had to re-sequence the schedule and incorporate extensive acceleration measures. Despite these challenges, demolition began November 2013, and new replacement construction completed August 2014 in time for the new football season.

Although this project did not seek formal LEED® certification is was the College’s first sustainable construction project using LED lighting throughout and daylight harvesting technology. We re-used concrete demolished on site for engineered fill for the new structure. We reclaimed existing goal posts and lockers which were given to Oberlin High School. 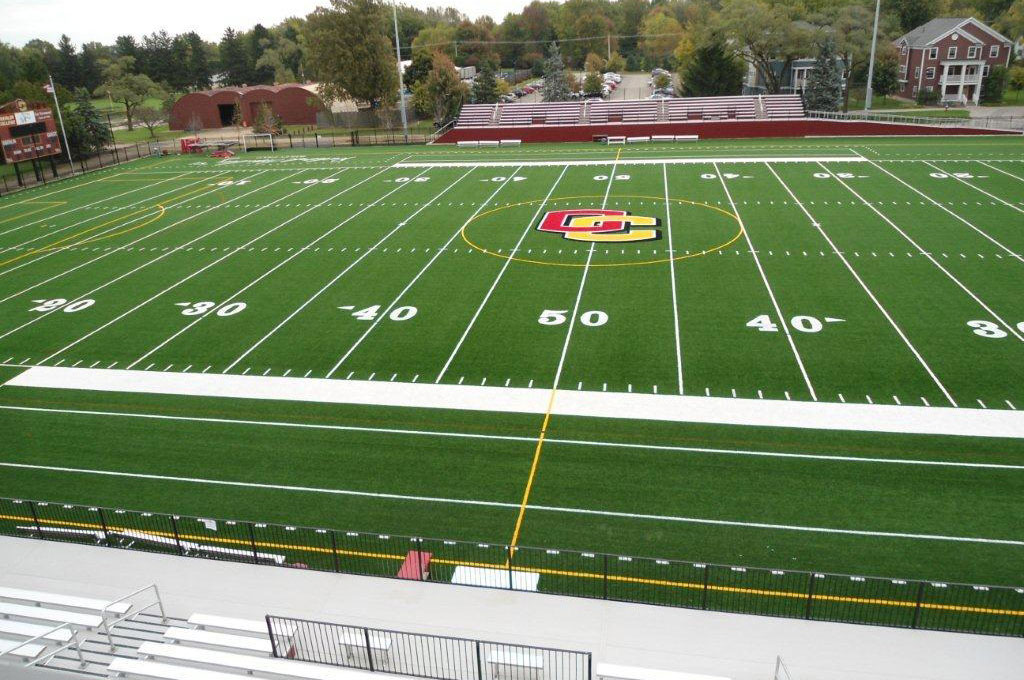